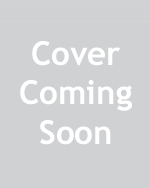 A collection of BBC radio full-cast dramatizations of Jane Austen's six major novels Jane Austen is one of the finest writers in the English language, and this volume includes all six of her classic novels. In "Mansfield Park," on a quest to find a position in society, Fanny Price goes to live with her rich aunt and uncle. In "Northanger Abbey," young, naive Catherine Morland receives an invitation to stay at the isolated Gothic mansion Northanger Abbey. In "Sense and Sensibility," forced to leave their family home after their father's death, Elinor and Marianne Dashwood try to forge a new life at Barton Cottage. In "Pride and Prejudice," Mrs. Bennet is determined to get her five daughters married well, so when the wealthy Mr. Bingley and his friend Mr. Darcy move into the neighborhood, her hopes are raised. In "Emma," Emma Woodhouse declares she will never marry, but she is determined to find a match for her friend Harriet. Finally, in "Persuasion," Eight years ago, Anne Elliot rejected a marriage proposal from a handsome but poor naval officer but now her former love has returned. With an all-star cast including David Tennant, Benedict Cumberbatch, Julia McKenzie, Jenny Agutter, Toby Jones, Eve Best, and Juliet Stevenson, these BBC radio adaptations are full of humor, romance, love lost, and love regained.

Jane Austen was born in Steventon, Hampshire, where her father, Rev. George Austen, was a rector. She was the second daughter and seventh child in a family of eight. The Austens did not lose a single one of their children. Cassandra Leigh, Jane's mother, fed her infants at the breast a few months, and then sent them to a wet nurse in a nearby village to be looked after for another year or longer.

The first 25 years of her life Jane spent in Hampshire. On her father's unexpected retirement, the family sold off everything, including Jane's piano, and moved to Bath. Jane, aged twenty-five, and Cassandra, her elder sister, aged twenty-eight, were considered by contemporary standards confirmed old maid, and followed their parents. Torn from her friends and rural roots in Steventon, Austen abandoned her literary career for a decade.

Jane Austen was mostly tutored at home, and irregularly at school, but she received a broader education than many women of her time. She started to write for family amusement as a child. Her parents were avid readers; Austen's own favorite poet was Cowper. Her earliest-known writings date from about 1787. Very shy about her writing, she wrote on small pieces of paper that she slipped under the desk plotter if anyone came into the room. In her letters she observed the daily life of her family and friends in an intimate and gossipy manner: "James danced with Alethea, and cut up the turkey last night with great perseverance. You say nothing of the silk stockings; I flatter myself, therefore, that Charles has not purchased any, as I cannot very well afford to pay for them; all my money is spent in buying white gloves and pink persian." (Austen in a letter to her sister Cassandra in 1796)

Rev. George Austen supported his daughter's writing aspirations, bought her paper and a writing desk, and tried to help her get a publisher. After his death in 1805, she lived with her sister and hypochondriac mother in Southampton. In July 1809 they moved to a large cottage in the village of Chawton. This was the place where Austen felt at home. She never married, she never had a room of her own, but her social life was active and she had suitors and romantic dreams. With Tom Lefroy, whom she met a few times in 1796, she talked about Fielding's Tom Jones. They shared similar sense of ironic humour and Austen was undeniably attracted to him. James Edward Austen-Leigh, her nephew, wanted to create another kind of legend around her and claimed that "of events her life was singularly barren: few changes and no great crises ever broke the smooth current of its course... There was in her nothing eccentric or angular; no ruggedness of temper; no singularity of manner..." Austen's sister Cassandra also never married. One of her brothers became a clergyman, two served in the navy, one was mentally retarded. He was taken care of a local family.

Jane Austen was well connected with the middling-rich landed gentry that she portrayed in her novels. In Chawton she started to write her major works, among them SENSE AND SENSIBILITY, the story of the impoverished Dashwood sisters, Marianne and Elinor, who try to find proper husbands to secure their social position. The novel was written in 1797 as the revision of a sketch called Elinor and Marianne, composed when the author was 20. According to some sources, an earlier version of the work was written in the form of a novel in letters, and read aloud to the family as early as 1795.

Austen's heroines are determined to marry wisely and well, but romantic Marianne of Sense and Sensibility is a character, who feels intensely about everything and loses her heart to an irresponsible seducer. "I could not be happy with a man whose taste did not in every point coincide with my own. He must enter into all my feelings; the same with books, the same music must charm us both." Reasonable Elinor falls in love with a gentleman already engaged. '"I have frequently detected myself in such kind of mistakes," said Elinor, "in a total misapprehension of character in some point or another: fancying people so much more gay or grave, or ingenious or stupid than they really are, and I can hardly tell why or in what the deception originated. Sometimes one is guided by what they say of themselves, and very frequently by what other people say of them, without giving oneself time to deliberate and judge."'

When Marianne likes to read and express her feelings, Elinor prefers to draw and design and be silent of his desires. They are the daughters of Henry Dashwood, whose son, John, from a former marriage. After his death, John inherits the Norland estate in Sussex, where the sisters live. John's wife, the greedy and selfish Fanny, insists that they move to Norland. The impoverished widow and and her daughters move to Barton Cottage in Devonshire. There Marianne is surrounded by a devious heartbreaker Willoughby, who has already loved another woman. Elinor becomes interested in Edward Ferrars, who is proud and ignorant. Colonel Brandon, an older gentleman, doesn't attract Marianne. She is finally rejected by Willoughby. "Marianne Dashwood was born to an extraordinary fate. She was born to discover the falsehood of her own opinions, and to counteract, by her conduct, her most favorite maxims."

In all of Austen's novels her heroines are ultimately married. Pride and Prejudice described the clash between Elisabeth Bennet, the daughter of a country gentleman and an intelligent young woman, and Fitzwilliam Darcy, a rich aristocratic landowner. Their relationship starts from dislike, but Darcy becomes intrigued by her mind and spirit. At last they fall in love and are happily united. Austen had completed the early version of the story in 1797 under the title "First Impressions". The book went to three printings during Austen's lifetime. In 1998 appeared a sequel to the novel, entitled Desire and Duty, written by Teddy F. Bader, et al. It followed the ideas Jane Austen told her family.

Emma was written in comic tone. Austen begun the novel in January 1814 and completed it in March of the next year. The book was published in three volumes. It told the story of Emma Woodhouse, who finds her destiny in marriage. Emma is a wealthy, pretty, self-satisfied young woman. She is left alone with her hypochondriac father. Her governess, Miss Taylor, marries a neighbor, Mr. Weston. Emma has too much time and she spends it choosing proper partners for her friends and neighbors - blind to her own feelings. She makes a protÃ©gÃ©e of Harriet Smith, an illegitimate girl of no social status and tries to manipulate a marriage between Harriet and Mr. Elton, a young clergyman, who has set his sight on Emma. Emma has feelings about Mr. Weston's son. When Harriet becomes interested in George Knightley, a neighboring squire who has been her friend, Emma starts to understand her own limitations. He has been her moral adviser, and secretly loves her. Finally Emma finds her destiny in marriage with him. Harriet, who is left to decide for herself, marries Robert Martin, a young farmer.

Jane Austen focused on middle-class provincial life with humor and understanding. She depicted minor landed gentry, country clergymen and their families, in which marriage mainly determined women's social status. Most important for her were those little matters, as Emma says, "on which the daily happiness of private life depends." Although Austen restricted to family matters, and she passed the historical events of the Napoleonic wars, her wit and observant narrative touch has been inexhaustible delight to readers. Of her six great novels, four were published anonymously during her lifetime. Austen also had troubles with her publisher, who wanted to make alterations to her love scenes in Pride and Prejudice. In 1811 he wrote to Thomas Egerton: "You say the book is indecent. You say I am immodest. But Sir in the depiction of love, modesty is the fullness of truth; and decency frankness; and so I must also be frank with you, and ask that you remove my name from the title page in all future printings; 'A lady' will do well enough." At her death on July 18, 1817 in Winchester, at the age of forty-one, Austen was writing the unfinished SANDITON. She managed to write twelve chapters before stopping in March 18, due to her poor health.

Jane Austen was buried in Winchester Cathedral, near the centre of the north aisle. "It is a satisfaction to me to think that [she is] to lie in a Building she admired so much," Cassandra Austen wrote later. Cassandra destroyed many of her sister's letters; one hundred sixty survived but none written earlier than her tentieth birthday.

Jane Austen's brother Henry made her authorship public after her death. Emma had been reviewed favorably by Sir Walter Scott, who wrote in his journal of March 14, 1826: "[Miss Austen] had a talent for describing the involvements and feelings and characters of ordinary life which is to me the most wonderful I have ever met with. The Big Bow-Wow strain I can do myself like any now going; but the exquisite touch, which renders ordinary commonplace things and characters interesting, from the truth of the description and the sentiment, is denied to me." Charlotte BrontÃ« and E.B. Browning found her limited, and Elizabeth Hardwick said: "I don't think her superb intelligence brought her happiness." It was not until the publication of J.E. Austen-Leigh's Memoir in 1870 that a Jane Austen cult began to develop. Austen's unfinished Sanditon was published in 1925.